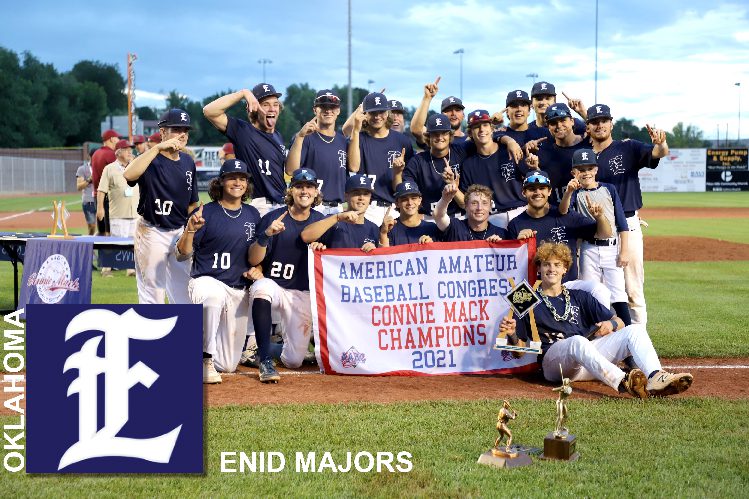 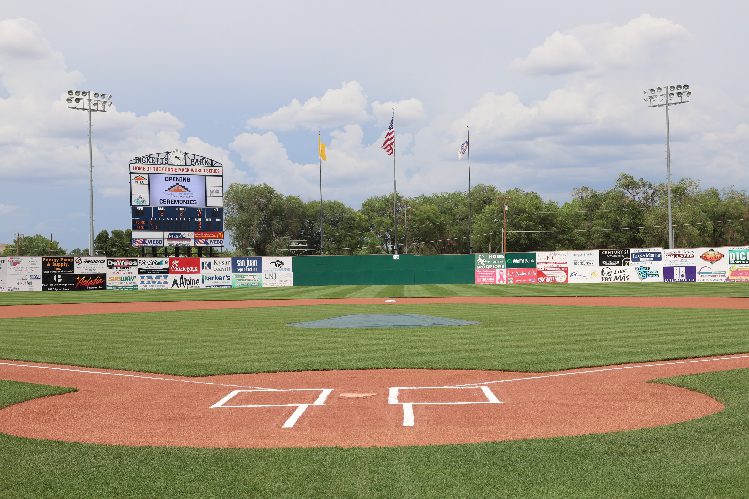 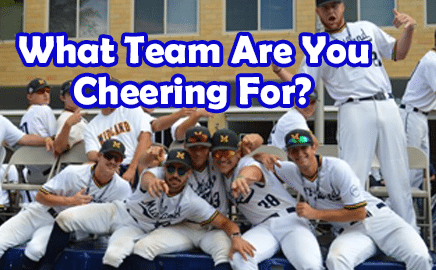 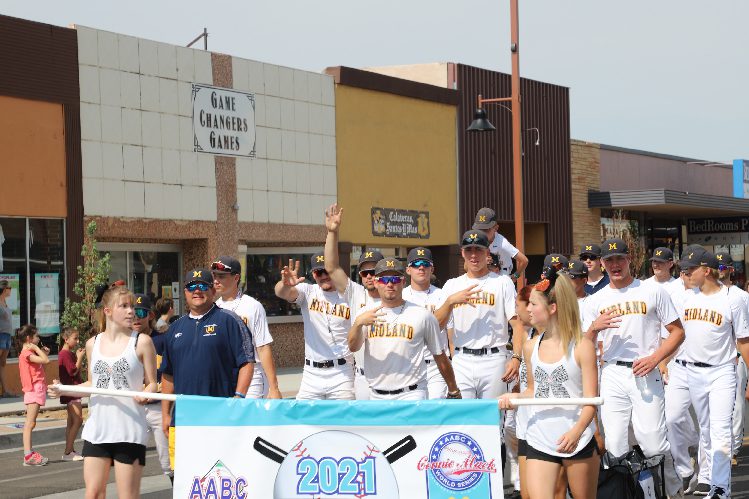 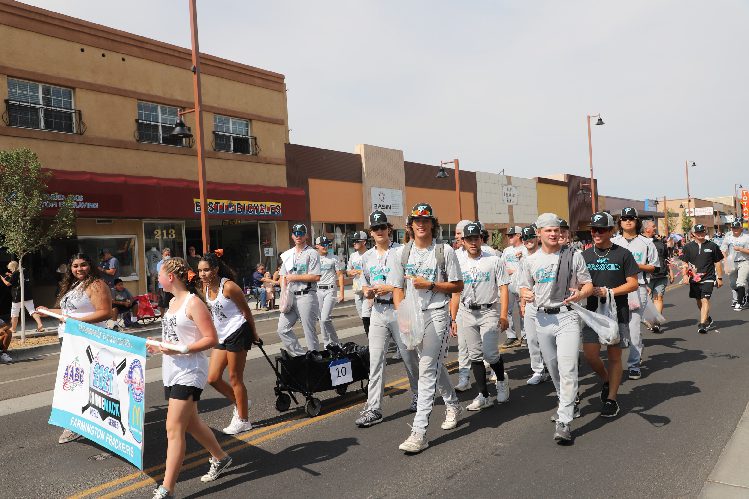 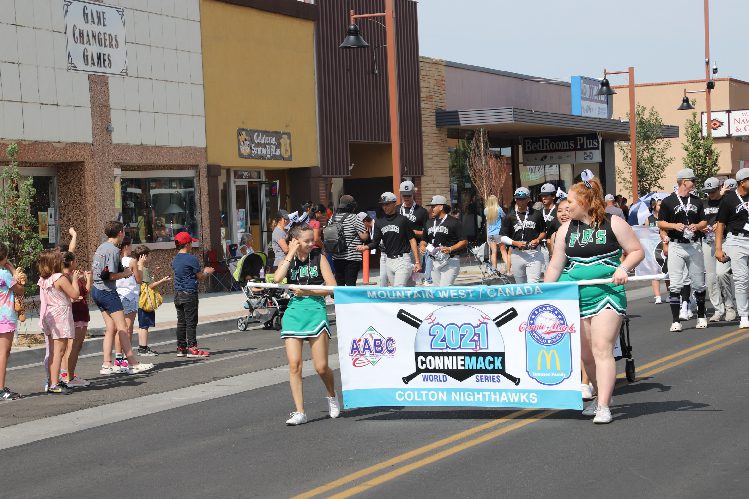 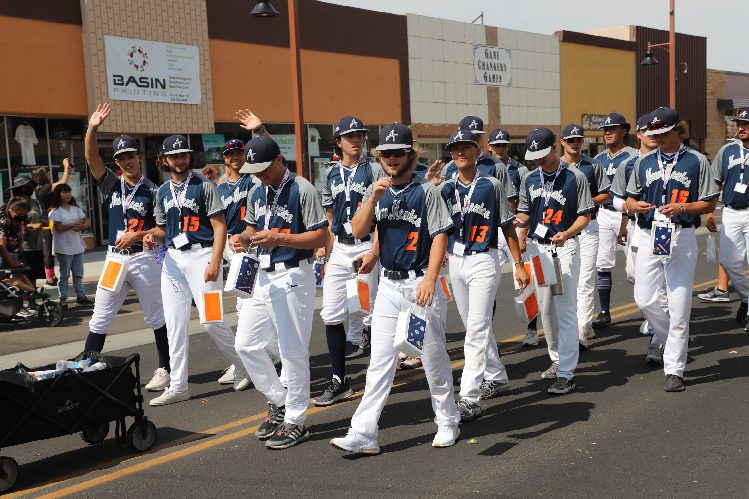 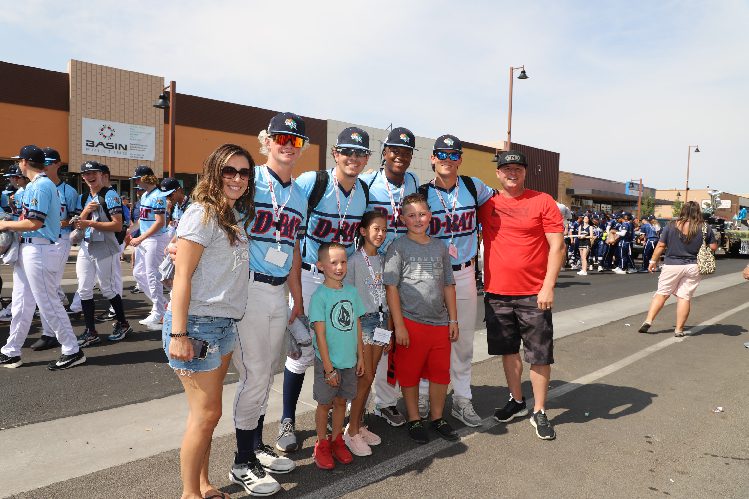 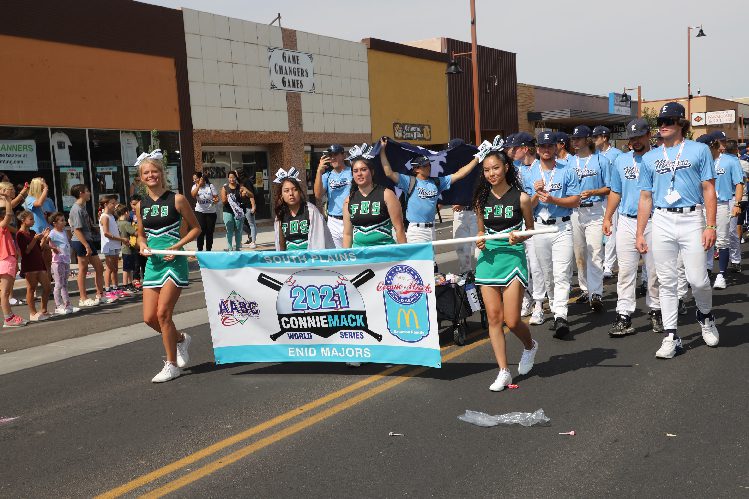 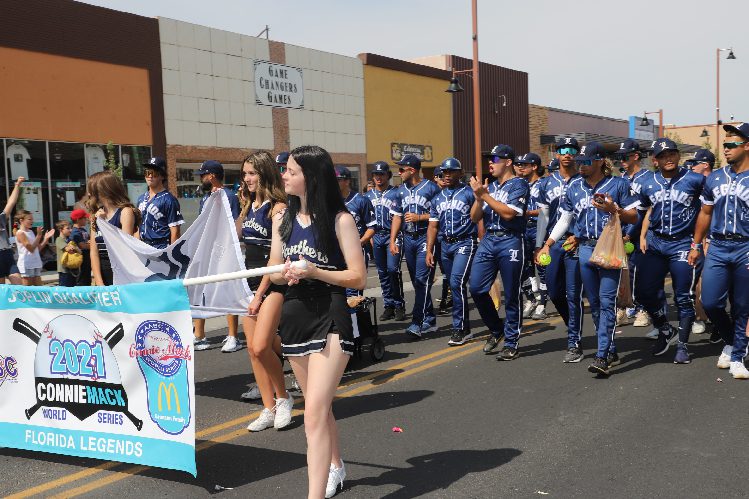 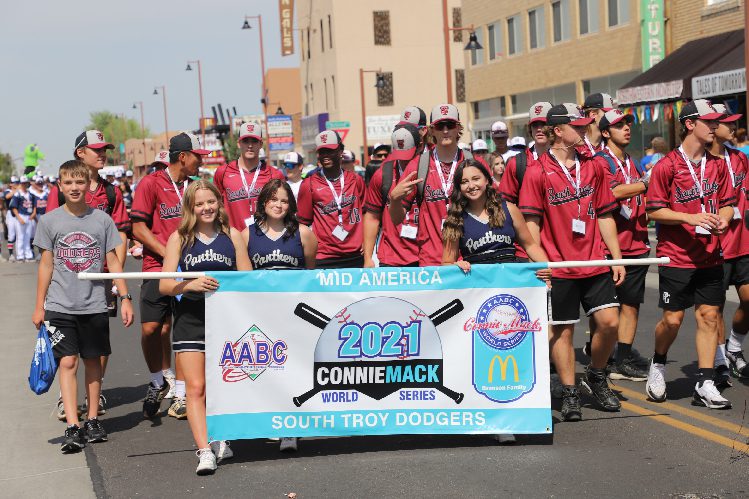 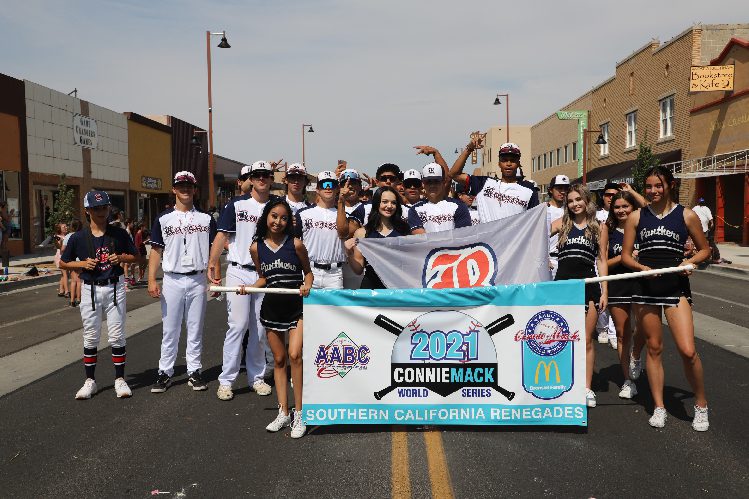 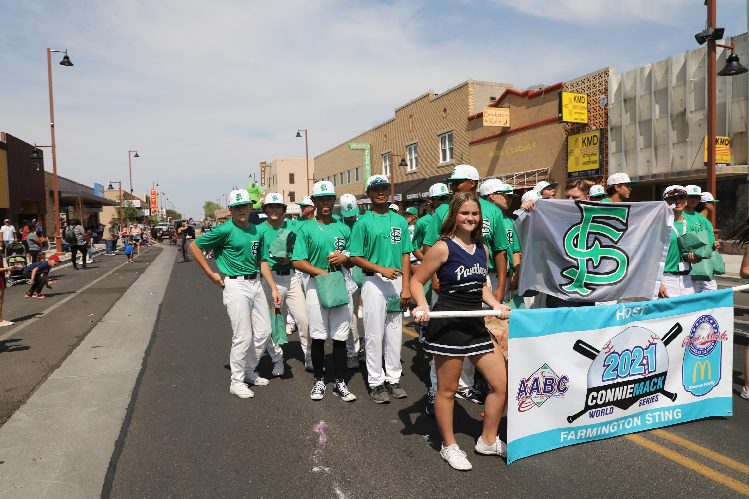 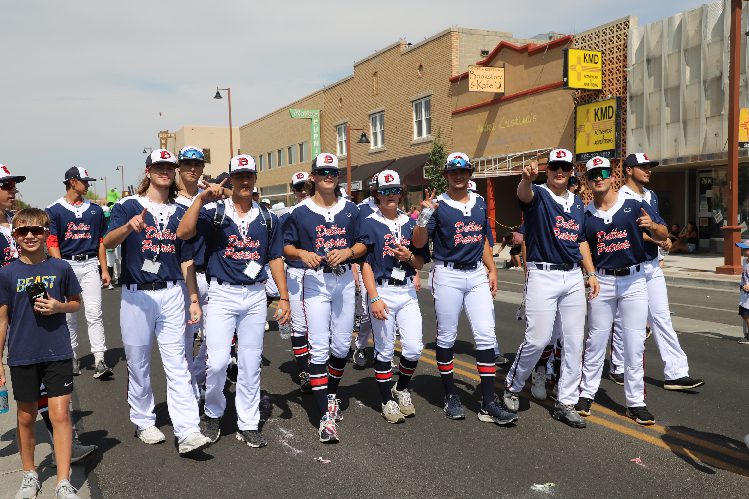 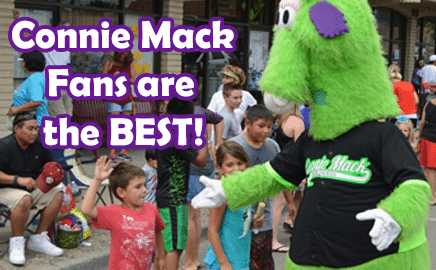 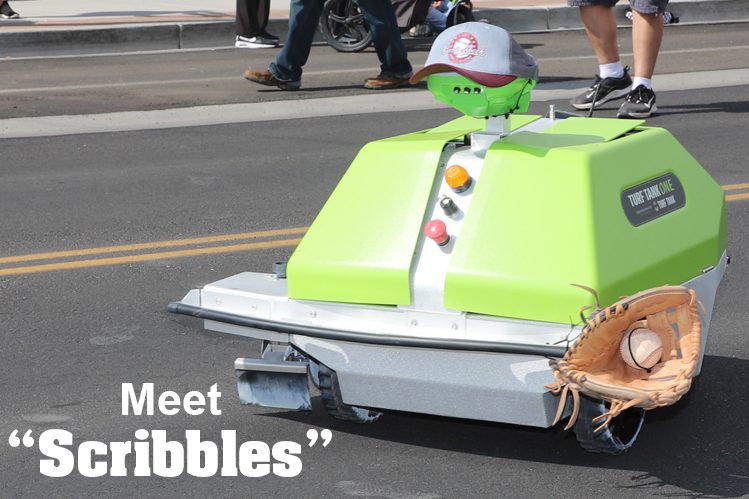 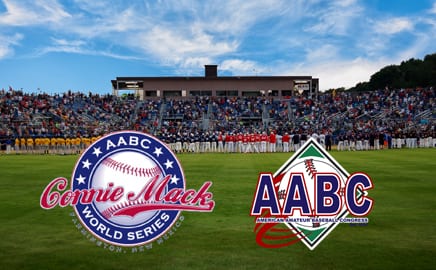 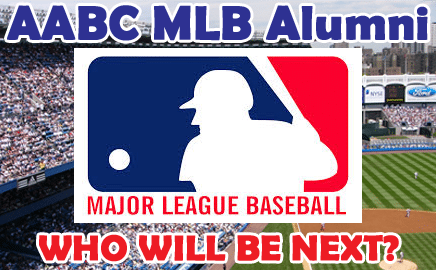 Skip the wait, get to the game faster, get your Connie Mack World Series Tickets online!

Tickets! Get your tickets! 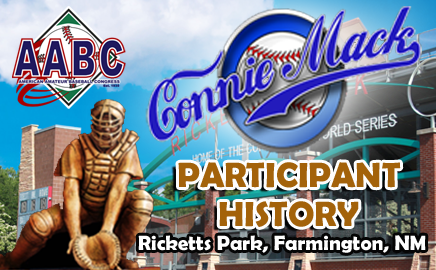 Thank you for all that have applied to this years games, and congratulations to those selected, but we are no longer accepting new applications.

See you at the games!

For information on advanced and reserved tickets call the Farmington Recreation Center at (505) 599-1184.
Tickets can be purchased at the ticket booth or online the day before the event is scheduled at noon.

*The “IF game” on the CMWS bracket will NOT change,

* The 2:30 pm Championship Game on Saturday will MOVE

* The Friday games will all shift back.

***WE WILL NOT BE EMPTYING THE STADIUM ON FRIDAY***

If you are a season ticket holder, please check your email for additional information.

Where is Team Arrival, since there is construction at the Civic Center? Wednesday July 20 All Day.  Location this year is at the Farmington Civic Center,  200 W Arrington, Farmington, NM 87401

How do I get tickets? TICKET BOOTH/GATES OPEN:  4:30 pm – General Admission Seating Tickets Available. Unless otherwise stipulated, the ticket booth and gates will open 1 HOUR PRIOR TO GAME TIME.

When is the Connie Mack Parade? Thursday, July 21, 2022 – Line up at 9:00 a.m., Bowman and Main.  Team floats and all parade entries enter from intersection of Main Street and Bowman.  Parade starts at 10:00 a.m. – duration is approximately one (1.5) hours.Entry forms are available at www.cmws.org.

Who is the host team for Farmington?
To be determined by City Tournament – 505 PANTHERS

How do I become a foster family?
Email conniemackfamilies@live.com or click here.

Connie Mack World Series Foster Families provide CMWS players with homes, meals and transportation during the tournament. Being a Foster Family is an extremely rewarding experience for you and an invaluable service to the teams and players of the CMWS. So are you ready to become a CMWS Foster Family and possibly have future MLB star staying in your home? The Farmington Convention & Visitors Bureau invites you to discover Farmington, New Mexico – Many links on things to do and other travel needs

Motels, Hotels, and other Lodging Options

If you would like to participate in the parade, please click on the button above to fill out the online entry form by July 15th.

Due to the roundabouts, the TOTAL length of an entry in the parade CANNOT exceed 40 feet. Hosting the longest running baseball tournament for any age group anywhere has led to Farmington, New Mexico being known as the “The Amateur Baseball Capital of the World.”

Our tournament is named after Connie Mack, who was an American professional baseball player, manager, and team owner. He was the longest-serving manager in Major League Baseball  history and holds records for wins, losses, and games managed (7,755), with his victory total being almost 1,000 more than any other manager.

The Connie Mack World Series is also the single largest event for Major League Baseball scouts each year.
On the average, the tournament hosts 56 draft choices each year.

In 1964, Farmington was given the bid to host the 1965 Connie Mack World Series. The series was held on land that was once home to the San Juan County Fair, until the fair moved to McGee Park.

The city of Farmington kicked in more than $3,000 for maintenance and the Connie Mack World Series was held at what was then called Babe Ruth Field.

In 1967, the field was renamed Orvil Ricketts Park and over the years, the park has become a landmark to area residents and fans of young baseball players around the country.

Operated by the City of Farmington year-round, the seating capacity at this top-ranked baseball field is over 6,100.
In 2011, a more than $600,000 renovation was completed. The first phase of the multi-year project was completed.
Residents and businesses raised a large portion of the funds for phase one through donations.

At the entrance, the grounds boast hundreds of bricks with donors’ names etched into them. Plaques that also recognizing the donors, line the redesigned entrance to the park.

A “larger than life” original bronze sculpture, created by local artist Steve Meyers, will be a focal point of the renovations. Keeping that spirit alive for amateur baseball players and their fans is what improvements to Ricketts Park is all about.

HISTORY OF THE CMWS

Fifty three years ago, a delegation of Farmington businessmen traveled to the A.A.B.C. Annual Meeting in Chicago in what many thought was a futile effort to bid to host the 1965 Connie Mack World Series.

With their 1963 Babe Ruth World Series and the 1964 Connie Mack South Plains Regional Tournament experience behind them, the delegation presented a convincing story and won the bid by ONE vote.

On this, the 50th anniversary of the series, we celebrate the support of the foster parents, the civic clubs, the sponsors, administrators, coaches, players, and fans that have made the Connie Mack World Series one of the finest amateur tournaments in baseball.

Farmington’s Connie Mack World Series Committee received the 1995 Sponsor of the Year Award at the national meeting of the Amateur Baseball Congress in Clearwater Beach, Florida. The Committee is known for the quality and quantity of work that it accomplishes year-round in order to successfully host this world-famous baseball tournament.

“Few committees are capable of maintaining the quality and quantity of this Committee. The Committee is structured in such a manner that every task is assigned to individuals with valuable experience, and those individuals add new persons to eventually take their place,”

Ricketts Park was developed by volunteer efforts and community donations. Continued improvements to Ricketts Park are funded with proceeds from the Connie Mack World Series.

•All scouts arriving in Farmington to attend the CMWS must check in at the scout table located at the front gate at Ricketts Park to receive their tournament packet for the week. Or contact Sean Trotter at 505-330-6517 or Brad Campbell at 505-947-0327

*Tournament pass will provide entry to all three venues during pool play.
*The packet will contain the pass for entrance, team rosters and player information, and game schedules.
*There is seating available in the seats behind home plate located on the walkway.

AABC HAS INSTITUTED A ZERO TOLERANCE POLICY AS IT RELATES TO SEXUAL MISCONDUCT, MANDATORY REPORTING, EMOTIONAL AND PHYSICAL MISCONDUCT AND ABUSE AWARENESS.

AABC SHALL REQUIRE EACH PERSON WHO MAY BE A “COVERED INDIVIDUAL” UNDER P.L. NO. 115-126 TO SUBMIT TO A BACKGROUND CHECK THAT, AT MINIMUM,  SEARCHES THE NATIONAL CRIMINAL DATABASE AND NATIONAL SEX OFFENDER REGISTRY.   ANY INDIVIDUAL WHO COMES INTO CONTACT WITH A MINOR MUST CONDUCT A  BACKGROUND CHECK.

CLICK ON THE LINK  BELOW TO COMPLETE YOUR BACKGROUND CHECK!

We're currently offline. Send us an email and we'll get back to you, asap.